Citizen Advocacy began in the U.S.A. and Canada in the 1960’s. It grew from concerns of a group of people who had family members with a disability and who felt that they may not be able to provide life-long support for them. The aim of the group was to ensure that adequate protection and advocacy would be maintained.

The first Citizen Advocacy program in Australia was established in Perth in 1980, and from their programs commenced in Melbourne in 1981, Canberra and Sydney in 1982, Adelaide in 1986 and Launceston in 1990.

The Sunbury program was created in 1985 out of a Public Meeting of Sunbury residents. The meeting followed a workers strike at Caloola, a local institution housing more than five hundred people with an intellectual disability. Volunteers who cared for residents at Caloola during the strike were outraged at the living condition and realised the need for advocacy and greater contact with the general community. A committee was formed at the meeting; by 1986 a Coordinator had been employed. This created the Citizen Advocacy – Sunbury & Districts Inc

The Sunbury program is unique in two ways. First because it was established by local people who had no particular involvement in “professional” services for disabled people. Other programs had been initiated by workers in the field, who recognised the need and potential benefits to people with disabilities. Secondly, it is the only program that was focusing on residents in an institution and attempting to get the local community to become more aware of a very integral part of it that has largely been ignored in the past. 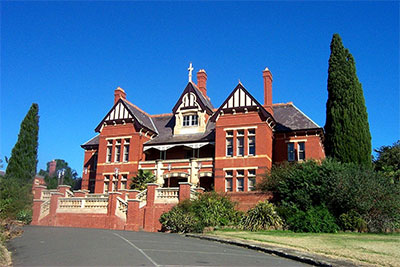